Description (by the State Library of south Australia)

Cadastral map of the area surrounding the City of Adelaide, covering the coast from Port Adelaide in the north to Brighton (not shown on the map) in the south, and inland to the foothills of the Mount Lofty Ranges. Little detail is shown for the City of Adelaide. Shows surveyed sections numbered and available for sale in two sizes – small sections are 80 acres each, large sections are 134 acres each. Sold sections include the landholders name and are tinted. Tributaries of the River Torrens are shown, and there is an indication to prospective buyers of areas where the streams dry up in summer. Trigonometical survey stations are marked.

Colonel William Light was South Australia’s first Surveyor-General. His design for the city of Adelaide is considered by many to be a prototype for an ideal city plan. Adelaide was the first town planned in the world using trigonometrical survey rather than the established ‘running survey’.

Light’s instructions from the Colonization Commission were impossible. He was expected within two months of his arrival to examine minutely 1500 miles (2414 km) of coastline, select ‘the best situation’ for the first settlement, survey the town site, divide 150 sq. miles (388 km ) of country into sections, and make reservations for secondary towns. He arrived off Kangaroo Island on 17 August 1836 where the first ships of colonists were already moored. He went straight to Encounter Bay and quickly rejected it as unsafe and useless for a main harbour. Kangaroo Island he found had poor land and even poorer water supplies. He then started to examine the mainland coast. Rapid Bay, near the bottom of the Fleurieu Peninsula, impressed him favourably, but he sailed north to seek the harbour reported by the whaling captain, John Jones. The harbour eluded Light for many weeks until finally found in the reaches of the Port River Inlet, and differing considerably from Jones’s description. Apart from the harbour, Light found a broad fertile plain, well watered and with mountains on the eastern side which he considered would produce rain from the prevailing westerly winds. He selected this as the site for Adelaide, the main settlement. The Commissioners had given him the sole responsibilty for the selection of the site and he was able to over-ride the wishes of Governor Hindmarsh who wanted the main settlement at either Port Lincoln or Encounter Bay.

The town site was quickly laid out on his famous grid design, consistent with that used in other British colonies, but Light included a striking belt of parklands. Light and his surveyors could now turn to the larger task of the country sections so that land sales could proceed, still using the trigonometrical survey: this allowed the accurate survey of section boundaries and would in future avoid the boundary fights that were often the result of ‘running surveys’. These country sections now form the central Adelaide metropolitan area. 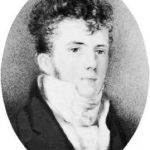 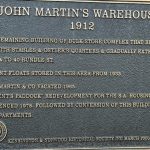 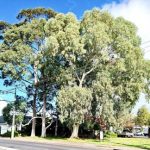